In the last month, it must be football that pulls people together as we all share the excitement, ups and downs while watching the World Cup matches.

Besides football, we also share the joy of recalling stories that we heard in our childhood. Aesop´s Fables and Arabian Nights are all-time favourites of the young and old.

We may all somehow remember that after trying so hard, a fox decides to give up picking the grapes on a tall tree with the excuse that the grapes must be sour. In a second, we have understood something about human essence though we were just a kid. That is `The Fox and the Grapes´ from Aesop´s Fables.

Although those oral stories were not purposefully written down for children at first, they are the cradle of children literature that has an enormous effect on the authors that comes afterwards.

In the 18th century, classics such as the Grimm´s Fairy Tales and Andersen´s Fairy Tales Told for Children were published. As The Golden Age of Children Literature started in the mid-eighteenth century, more and more writers shifted to target at writing for children. For example, Alice’s Adventures in the Wonderland is completely nonsense and full of pure fun.

Here, I would like to invite you to swim through the timeline below, starting from the blue cradle to the yellow Golden Age and onwards to today´s works in the field.

What´s more, the intentions of the writers, which may surprise you, are listed on the deep blue table. 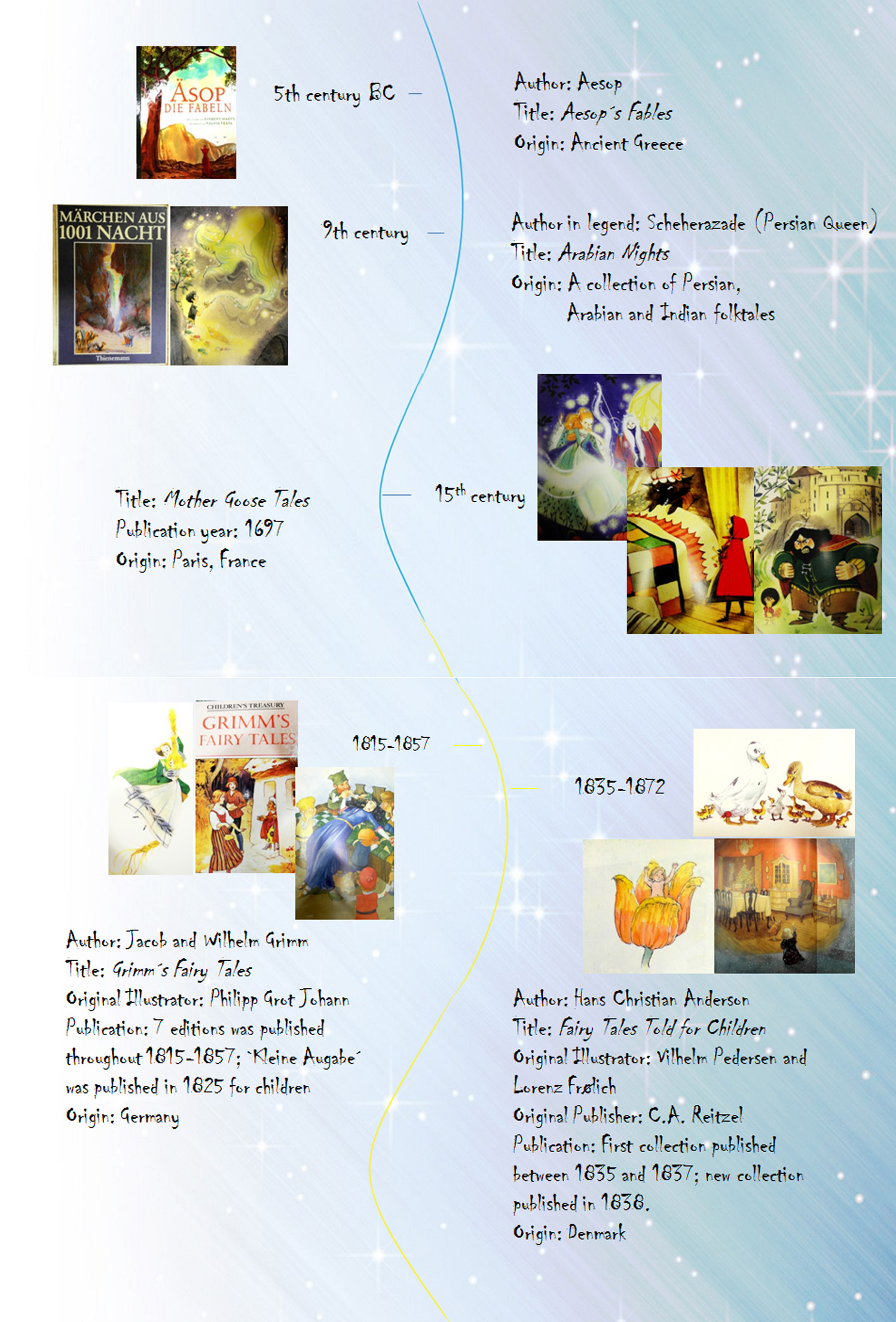 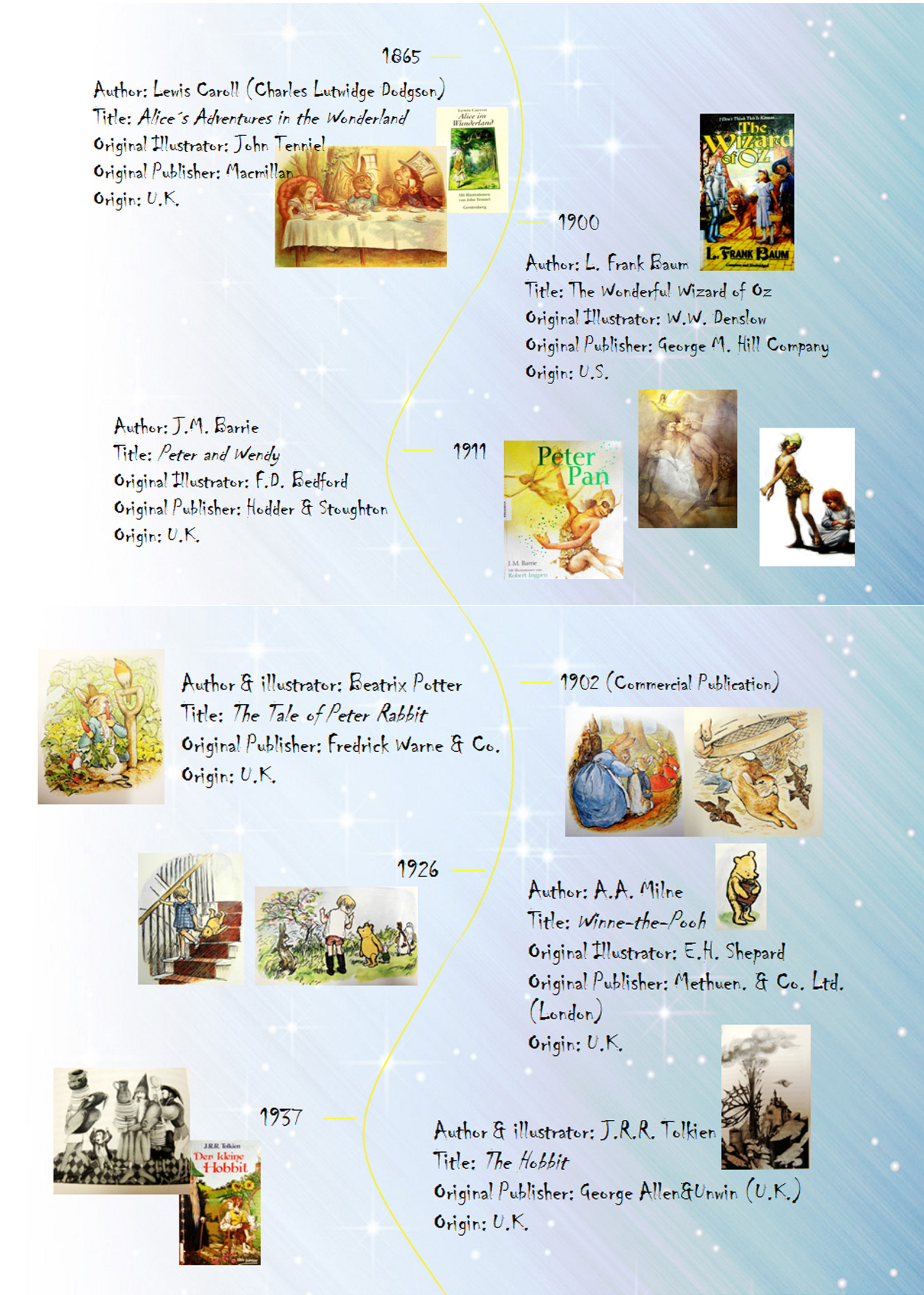 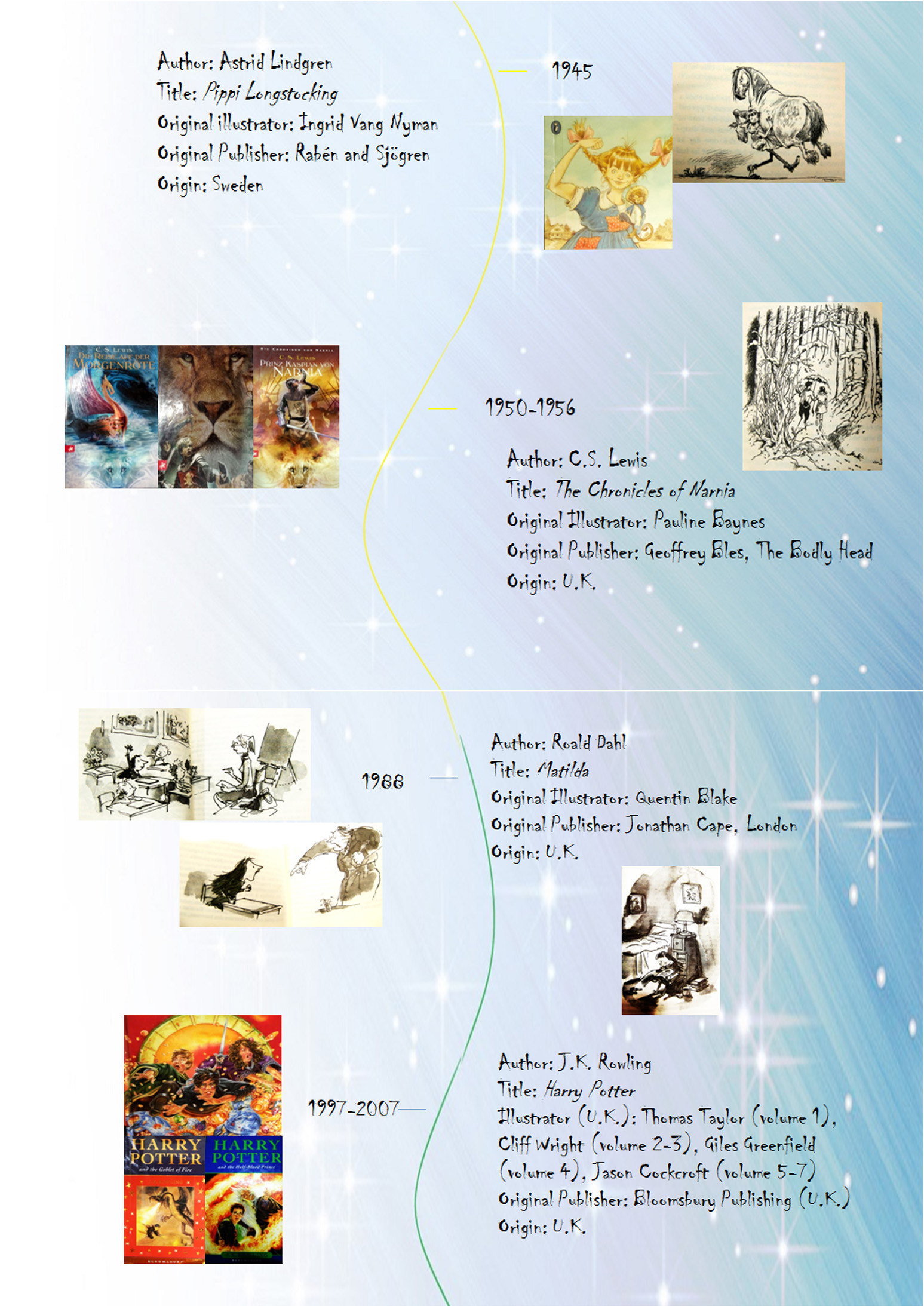